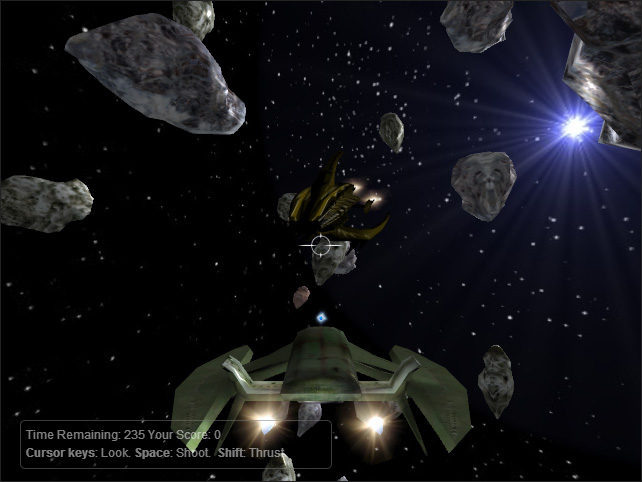 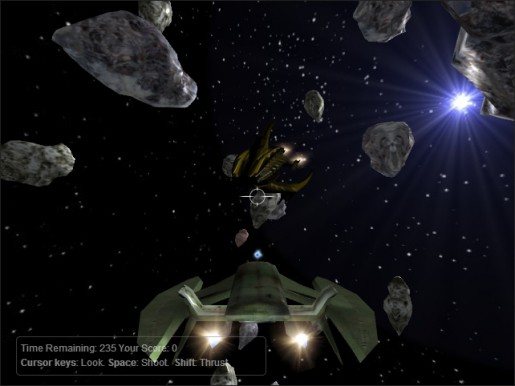 After some busy months I published a new version of SolarTournament to Azure. The public git repository was updated, too.

Under the hood it’s a massive rewrite of the client-side code. I would like to thank Ingmar Wietig for his great work. He is definitely more skilled in math and general game related concepts than me! :-)

Improvements of the physics engine:

All WebGL shaders were replaced with own code, which results in some great graphical enhancements:

There is still some client-side stuff that requires attention, eg. a full screen mode or a radar to spot other players. After that I’m finally going to implement a real multiplayer experience where people can shoot on each other! ;-)