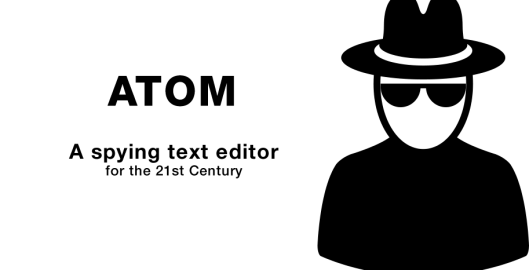 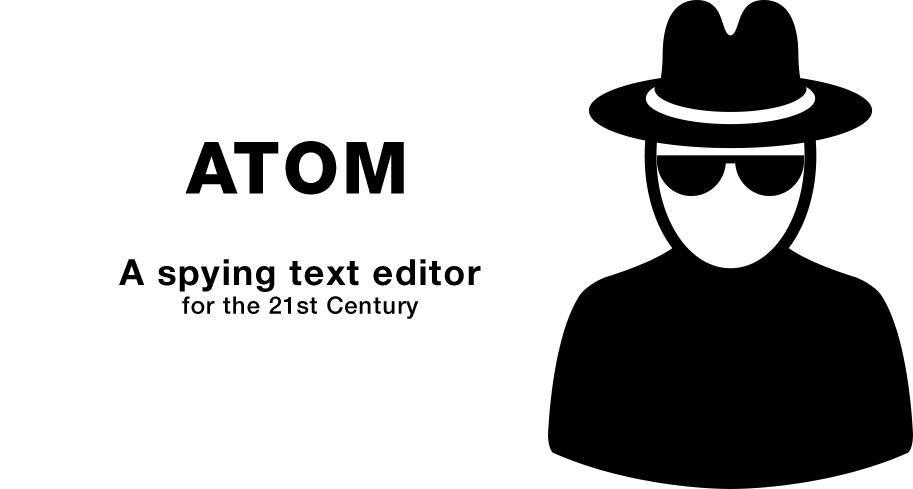 There are two solutions for this problem:

Option B
uninstall atom and heavily complain at #4966. – If again possible. Right now all discussions are closed on Github. This is not cool at all! :-(

By the way, the current behavior violates European laws.
It’s a violation of users privacy and must be stopped!

PR #12281 and related PRs have been merged. Metrics should be disabled by default starting in Atom 1.11.0. All users both new and existing will be presented with the following dialog and asked to make a choice: 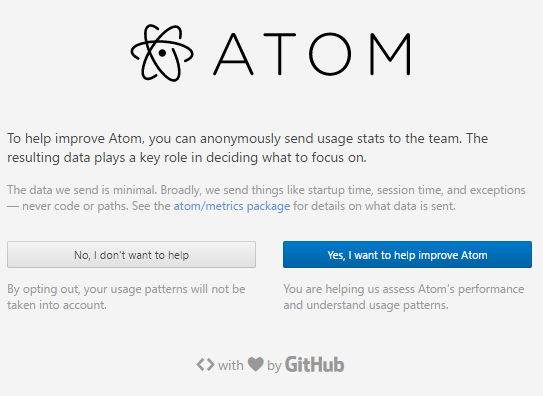 Spy Icon made by Freepik from www.flaticon.com is licensed under CC BY 3.0